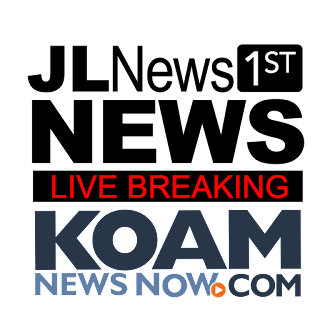 I wanted those who follow my page that I accepted an offer at KOAM News Now (KOAM/CBS 7 and KJFX/FOX 14). That’s where you can find Joplin News First articles from now on.
Joplin News First marked 5 years this month and we are not changing now. With our new “home” nothing will be different in how I cover stories. I’ll still be out in the Joplin region keeping us all informed on what is happening.
Our most-recent articles are there now, set a bookmark on your
📱: https://www.koamnewsnow.com/news/joplin-news-first/
Oh and all the tipsters are still with me too 😉
—————
Shannon Becker was born and raised in Joplin and began in radio before graduating from Joplin Senior High in 1990. He holds a bachelor’s degree in mass communications from Missouri Southern State University (1994). Before launching Joplin News First five years ago he worked in television and radio, overlapping a career in the music industry. Working with major music artists for 20 years, garnering gold and platinum records to his credit. In news he has broke the top stories of the past five years including a Joplin wife who kept her husband in a freezer for more than a year after his death of natural causes. Each of the past 3 years Joplin News First has had more than 12-million minutes of breaking news video viewed online. At his former station the week ending October 15, 2021, he was the weeks top author in the 200-station group with 600K pageviews to his byline with all local content. It’s been said Shannon is a highly-sourced reporter who regularly breaks crime stories before anyone else in the area. He comes to KOAM 7 News Now-CBS/FOX (Morgan-Murphy Media) with more than 30 years in media and entertainment. He previously worked for KOAM. He has five children and two grandchildren. He has more than 80K social media followers on FB/IG/Twitter. You can find him easily Joplin News First You can set a bookmark and read his articles now at  https://www.koamnewsnow.com/news/joplin-news-first/
at January 26, 2022
Email ThisBlogThis!Share to TwitterShare to FacebookShare to Pinterest 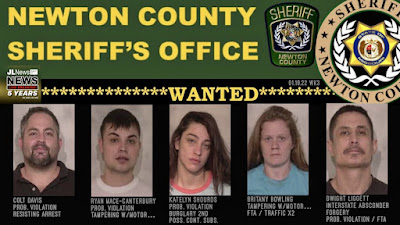 NEWTON COUNTY, Mo. – The NCSO share their most wanted individuals for the 3rd week of January in a release of information. “The following individuals have outstanding Newton County felony warrants. We would like the public’s help in locating them. Anyone with information is encouraged to contact our dispatch center at 417-451-8333.” 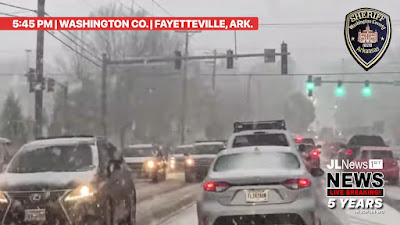 JOPLIN METRO AREA - Bitterly cold tonight across the region, but further south into Arkansas they are getting snow!  [VIDEO] Washington County Sheriff's office in Fayetteville, Ark. about 5:45 p.m.

Meteorologist Doug Heady tells us, "...we are gonna drop down to about 10 tonight. And tomorrow we are just going to struggle to warm up tomorrow [Thursday], at least we will get the sunshine back. We just really won't go anywhere. High temp right around 25."

See the rest of his outlook below. 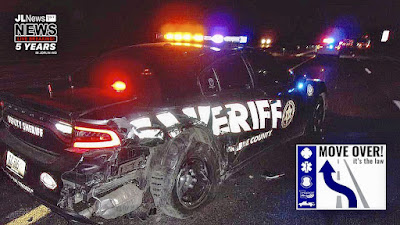 GREENE COUNTY SHERIFF’S OFFICE
GREENE COUNTY, Mo. — Late Monday evening a tractor trailer rollover crash slowed traffic along I-44. As the crash scene was being cleared by Schrader’s Wrecker a Greene County Deputy cruiser was struck by a passing vehicle.
The driver in the initial single vehicle crash suffered minor injuries. It was a UPS tractor trailer that had struck a bridge.
The Deputy cruiser was was assisting Missouri State Highway Patrol with traffic control at the scene. He was not injured. The cruiser a total loss.
The Greene County Sheriff’s office remind that the Move Over Law is active for all sorts of vehicles with emergency lights when you come upon them on the highway.
Since 2012 Missouri has required drivers to move to the side away from emergency lights. And in recent years it has become national law.
National Highway Transportation and Safety Administration launched a campaign after the federal law was passed. 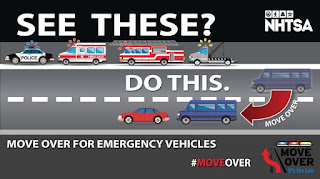 A reminder to move over for Tow Trucks, Ambulance, Police, Fire, MoDOT vehicles etc.
If you see an emergency vehicle stopped along the roadway with flashing lights:
This is a breaking news story. Follow our social media so you don't miss a story.
at January 19, 2022
Email ThisBlogThis!Share to TwitterShare to FacebookShare to Pinterest
Location: Joplin, MO Greene County, MO, USA

32-year-old Joplin man charged Armed Robbery, alleged to have robbed victim with their own gun 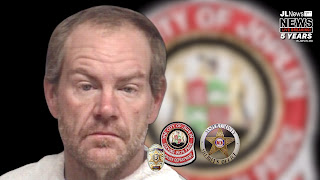 James L. Gautney, age 32 of Joplin.
JOPLIN POLICE MUGSHOT
JOPLIN, Mo. - On January 14th at 11:39 pm the Joplin Police Department Emergency Communications Center received a 911 call of a robbery that had just occurred near 15th and Virginia.
The caller reported finding an adult male suspect inside his vehicle and upon confronting him, the suspect pointed a handgun at him.
The gun belonged to the victim and was stolen from the victims vehicle by the suspect. The suspect was last seen fleeing the area on foot and officers responded and began checking the area. Officers located a person matching the suspect description near 16th and Main Street.
After further investigation, he was identified as the offender and was found to have a handgun in his possession. The firearm was confirmed to be the handgun stolen from the victim in this incident. The suspect also had numerous forms of identification and credit cards that were not issued to him. The investigation by officers found these items were also stolen from a vehicle nearby.
The suspect was identified as James L. Gautney, age 32 of Joplin.
He was arrested and transported to the Joplin City Jail. Charges were filed by the Jasper County
Prosecuting Attorney’s Office include:
His bond was set at $25,000.Gautney also had an active parole warrant for Burglary 2nd Degree out of Jasper County with no bond.

This is a developing news story. Stay with Joplin News First for updates. 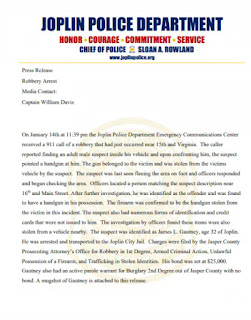 Thank you for supporting us now 5 years 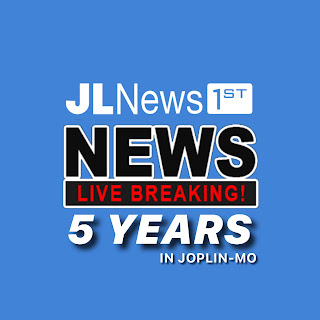 at January 19, 2022
Email ThisBlogThis!Share to TwitterShare to FacebookShare to Pinterest

The basics of Victim Blaming; Do you support people who commit crimes or at-fault in situations?

THE BASICS OF VICTIM BLAMING “Victim blaming occurs when the victim of a crime or any wrongful act is held entirely or partially at fault for the harm that befell them. The study of victimology seeks to mitigate the prejudice against victims, and the perception that victims are in any way responsible for the actions of offenders.” - Resource Center on Victims of Crime
Victims of domestic violence and sex crimes historically have a greater tendency to be blamed by society.
However a rape is a crime. Regardless if someone was acquainted. Rape can even occur within a marriage or committed relationship.
Examples of victim blaming …
• Statement: That woman was raped. Response: she always dressed sexy, she was asking for it.
• Statement: The broken down bus was rear-ended. Response: They should have had cones out warning people.
• Statement: Their house was robbed. Response: They shouldn’t wear fancy jewelry, and wear nice clothes,they were asking for it.
Criminals or people who are at fault should take responsibility, not the victims of the crime(s).
at January 05, 2022
Email ThisBlogThis!Share to TwitterShare to FacebookShare to Pinterest
Labels: victim blaming
Newer Posts Older Posts Home
Subscribe to: Posts (Atom)